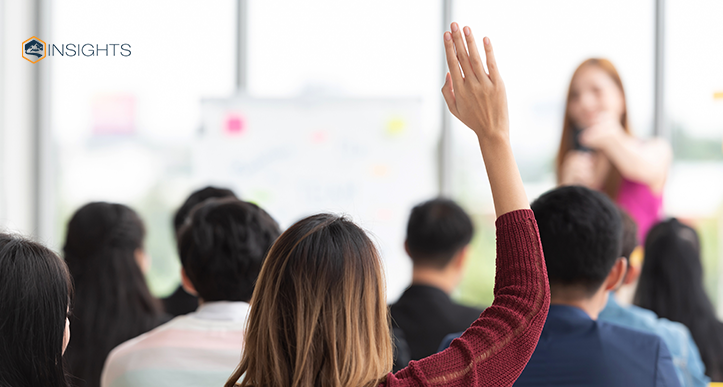 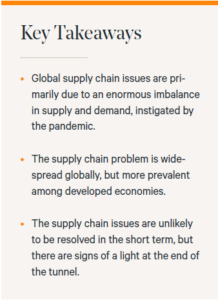 Global supply chain delays and shortages have become one of the most discussed topics on Wall Street, and Main Street, in recent months. The disfunction in supply chains has been evident in global shipping indexes, which are surging to new or multi-year highs.

Why is this happening?

Simply put, the global supply chain issues are primarily due to an enormous imbalance
in supply and demand, instigated by the pandemic.

There has been a sharp increase in global demand, particularly among developed economies. Generous fiscal and monetary stimulus in the developed world not only cushioned household balance sheets by boosting disposable incomes and asset wealth, but work-from-home orders and other stringency measures led to an enormous shift in preferences to durable goods from services.

This is coupled with supply that was unable to adapt quickly enough. Supply is inherently more inelastic than demand. In other words, businesses and producers cannot adjust to changes in preferences as quickly as consumers can. Arguably, increasing the supply of goods on a whim, especially complex durable goods, is even more challenging than doing so for services.

But the pandemic brought even more challenges. Early in the COVID crisis, many producers anticipated a far worse outlook than what came into fruition. U.S. and European automakers were a perfect example of this. They reduced orders for parts since they forecasted a much more dismal economic outcome and a slump in demand for vehicles. Many of those parts, such as semiconductors, were instead channeled to other products that were surging in demand due to the lockdowns, such as computers and televisions.

The COVID crisis has also created organizational challenges due to increased safety
measures and lockdown restrictions. Early on, supply of both intermediate and final goods was hampered by social distancing requirements which reduced the operating capacity in many plants. Even in recent months, COVID containment measures have led to partial lockdowns of Chinese ports and factories, as well as some in southeast Asia, areas heavily involved in global supply chains (chart below). Often ships are put in quarantine for a week before they are
offloaded.

The shipment of parts and goods has traditionally taken some space in commercial airline travel. But with global air travel down due to the pandemic, the shipment of goods from one place to another has also become more difficult.

Additionally, the pandemic has led to a shortage of workers in many parts of the world, particularly in the U.S. In Transportation, as in the aggregate economy, the number of unemployed per job opening peaked early in the recovery and is now at or below 1.0, indicating more job openings than people looking for work. Partly because of this labor shortage, ships arriving in the Port of Long Beach don’t have enough workers to unload them, and when they do, there aren’t enough trucks and truck drivers to gather the merchandise.

Adverse weather conditions have also added to the pain. From floods in China, to drought,
wildfires, and hurricanes in the U.S., many have played some role in disrupting production. Its effects can also linger. The electricity blackout in Texas in February caused by unusually cold weather is still impacting some supply chains.

There are other factors that occurred prior to the pandemic that are contributing to the
supply chain problems.

One is the long-term goal of cleaner energy. The move to switch from coal to cleaner (e.g.,
natural gas) and renewable energy has left many parts of the world vulnerable to shortages
in the short-term. An underinvestment in coal mines in China and new environmental
regulations have contributed to recent electricity blackouts, which have impacted major industrial centers and ports. Similarly, natural gas prices have surged in Europe, as emission-
reduction schemes have made it harder to switch to dirtier sources of energy.

On a more micro level, in-time inventory management, which has been the modus operandi for businesses over the past two decades or so, relies heavily on smooth functioning supply chains. It has meant quick inventory turnover and low stock on hand of both intermediate and final demand products, freeing up resources for other uses, creating efficiencies, lower costs, and lower prices for consumers. But these benefits quickly eroded during COVID, as lack of inventories turned into production halts and shortages of many consumer products.

How widespread is the problem?

Global supplier delivery times, according to the latest PMI data, are hovering around record
levels. Almost every country is experiencing growing lead times, as shown in the middle
clip of the chart, with only South Africa and Singapore reporting faster deliveries. The bottom
clip shows that more than half of economies are experiencing worsening conditions,
albeit an improvement from earlier this year.

The most persistent delays have been in developed economies, led by the U.S. and Europe. The sharp imbalance in supply and demand has hit these traditionally services-heavy economies the hardest. Within Europe, the U.K. has been more affected due to constraints created by Brexit.

The emerging market situation is not as dire as it is in developed economies. This is partly because emerging economies are generally more manufacturing oriented, and the demand impulse was less extreme due to limited COVID fiscal stimulus. But the emerging market picture is not without risk. Due to relatively lower vaccination rates, change to emerging markets are more sensitive to COVID outbreaks, as has been recently observed in southeast Asia, where many migrant factory workers have moved back to the countryside to avoid falling ill.

What are the consequences?

The most obvious and immediate consequence of the supply chain issues is higher prices. You may recall from Econ 101, that a decrease in aggregate supply, coupled with an increase in aggregate demand unequivocally points to higher prices. The economies that have been experiencing the longest supplier delivery delays have also been reporting the highest input price pressures.

Not surprisingly, the cost of shipping a container from China to the U.S. was $2,000 at the beginning of the COVID pandemic, while now it’s around $20,000. Large and bulky products, such as furniture, have become some of the costliest items to ship. If the supply chain problems persist and get embedded permanently into inflation expectations, this could lead to entrenched higher prices.

The other major consequence is the impact on economic output. The inability to meet demand and build inventories due to lack of product availability holds back economic growth. This is evident on a global basis in the chart at right, where output growth has slowed to the least since July 2020, but backlogs are hovering around a record high.

In the U.S., manufacturing backlogs are mixed by region, but generally continue to accumulate
at a fast pace. Additionally, in the Small Business Pulse Survey, the share of firms experiencing supply chain, production, and transportation delays increased from the mid- 30% earlier in the pandemic to 50% in the last couple of months (chart below). There was a significant worsening in both domestic and foreign deliveries as well as more difficulty finding alternative suppliers. This has weighed on production and delivery of final products to consumers, ultimately leading to slower output growth.

Growing supplier and production issues in the U.S. 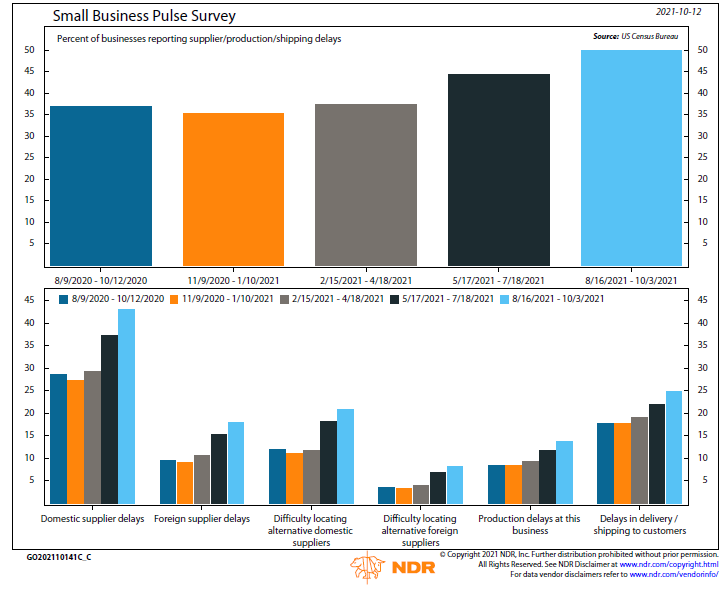 One of the most extreme examples of reduced output due to shortages is in the auto industry. In addition to semiconductors, automakers are also having difficulty getting access to other inputs, such as steel and resin. According to industry consultant Alix Partners, the global auto industry is projected to see $210 billion less revenue this year because of the shortages.

The higher input costs attributable to the supply delays will also weigh on company margins. Coupled with rising labor costs, this could not only hold down the economy, but also equities.

When will it get better?

The supply chain issues are unlikely to be resolved in the short-to-immediate term. Whether it is logistics capacity issues (not enough containerships, trucks, railcars, etc.) or operating capacity issues (backlogs, lack of inventory, or labor shortages), they both require time and active management and investment. And both run against consumer demand which typically picks up during the upcoming holiday season.

The Baltic Dry Index tends to have strong seasonal gains from August through October in preparation for the winter holidays. Seasonal demand may be even stronger this year, thanks to accumulated household savings during the pandemic. The winter season will likely see increased demand for fuel to heat homes. This means that the current energy shortages, which
have already affected supply chains (particularly in China), will continue to be a risk
in the near-term. One ounce of assurance is that the supply chain problems appear to have stabilized, albeit at elevated levels.

But there are some signs of a light at the end of the tunnel. The most important development
to watch is global COVID cases.

As shown on the chart below, global COVID case growth has begun to wane over the past
month. Although the global economy is vulnerable to another wave, the most promising development is a surge in vaccinations, especially in the developing world. This will help ease the COVID-related organizational challenges. Several southeast Asian economies have seen vaccination rates rise to 30-50% of the population. Some parts of Latin America
are now in line with the developed world. 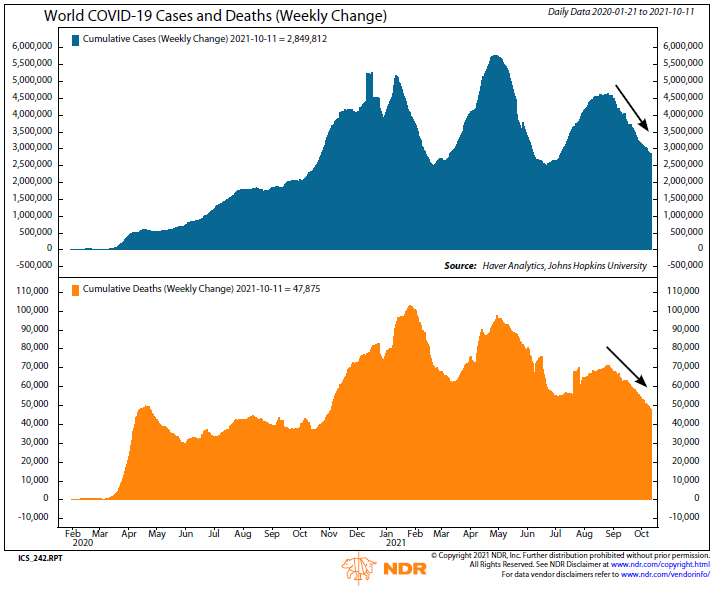 If death rates remain low and we ultimately learn to live with the virus, consumer spending
will likely shift back to services, putting less pressure on the supply-chain afflicted
manufacturing sector. This suggests that 2022 will likely see fewer issues than this year.
Of course, this outlook is riddled with risk, as anything from a vaccine resistant COVID
strain to persistent labor shortages, could easily derail a recovery.

It will, however, take some time to eliminate the supply-chain problems entirely. New container ships have been ordered and are projected to increase the current fleet by around 20%. Even so, those ships won’t be completed until at least 2024-2025. Additionally, items that require more complexity to ramp up production, such as semiconductors, will take longer to equilibrate. According to Daimler’s CEO, semiconductor shortages will be felt into 2023.

Other pre-COVID factors that have affected supply chains, such as tariffs, transitioning to
cleaner energy, and more extreme weather patterns, are also unlikely to disappear anytime
in the foreseeable future.

Patrick Ayers has provided research support for this report. 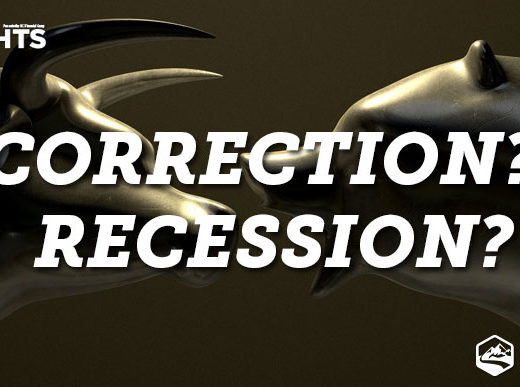 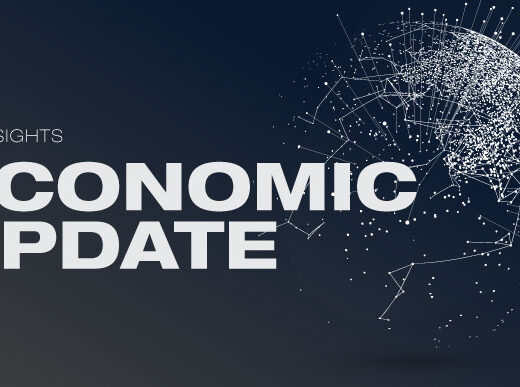 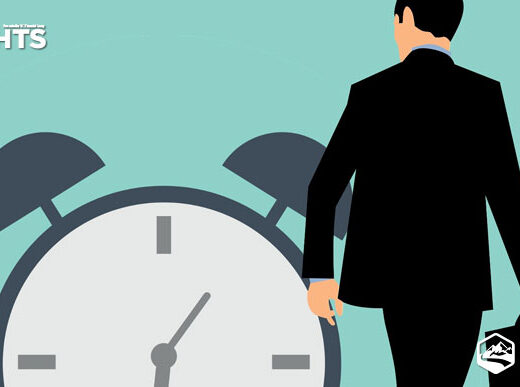 When will the global recession end?